China and US need healthy cooperation and fair competition

Asked by BBC on Sunday whether he thinks the United States needs to accept that it's no longer No 1, Singapore Prime Minister Lee Hsien Loong said: "The US is still No 1, but No 2 is not so far behind. That is what is difficult for the US to accept."

Harvard University scholar Graham Allison shared a similar view in an interview with me years ago, saying that it's more difficult for the US, an established power, to adjust because it needs to cede space to a rising power.

Such views indicate why US politicians are so obsessed with China, and use all means possible to pull China down instead of focusing on lifting US up as in a fair game.

The Joe Biden administration has not changed much in this regard judging by the rhetoric from US Secretary of State Antony Blinken and Secretary of Defense Lloyd Austin, who are visiting Japan and the Republic of Korea this week, and the Quad leaders during a virtual meeting last week.

But the Quad statement, in which China was not mentioned all, is telling because India, Japan and Australia, or some of them, seem wary of being used by the US as a geopolitical tool against China. It is true that the three countries have disputes with China, either territorial, diplomatic or trade related, but they have all benefited enormously from China being their important trade partner. That is the big picture people don't get to see in the sensational headlines.

The US has refrained from stoking fire in territorial or other disputes between its allies Japan and the ROK, unlike what it has done in case of China by fanning the flames.

It's good to see the Quad statement highlight climate change and pandemic response, but cooperation on such common global challenges does not belong to any geopolitical realm and should never be weaponized.

Blinken should heed Lee's advice that it's not possible for Singapore to choose between China and the US given its very intense and extensive ties with both the countries, and that many economies, including the European Union, are in the same situation.

Lee said he would like "the two large powers to think very carefully before deciding that the other one is an adversary which has to be kept down, if not put down". These are pointed words directed at the US, which has been calling China an adversary and spreading the "China threat" theory despite facts suggesting otherwise. According to a study released by antiwar group CODEPINK this month, the US and its allies have dropped at least 326,000 bombs and missiles on other countries since 2001, averaging 46 a day. China, on the other hand, hasn't dropped a single bomb on another country in the past 40 years.

No one denies that China has much to improve on a wide range of issues. But for the US to cash in on these issues to fulfill its selfish geopolitical goals is the wrong way to address those issues.

China and the US had far more differences back in the 1970s when they broke the ice and established diplomatic ties. The only difference is that China then was far behind the US, economically, militarily and technologically, unlike what Lee said on Sunday.

The world has changed dramatically over the past decade and become more multipolar while toxic domestic politics and McCarthyism have increased drastically in the US, and Washington today is much more obsessed with checking China's rise.

The first face-to-face meeting between US and Chinese officials on Thursday and Friday in Anchorage, Alaska, is an opportunity to put bilateral relations on the right track in order to expand cooperation, conduct fair competition and avoid devastating confrontation. Let's hope the US seizes the opportunity to do so.

The author is chief of China Daily EU Bureau based in Brussels. chenweihua@chinadaily.com.cn 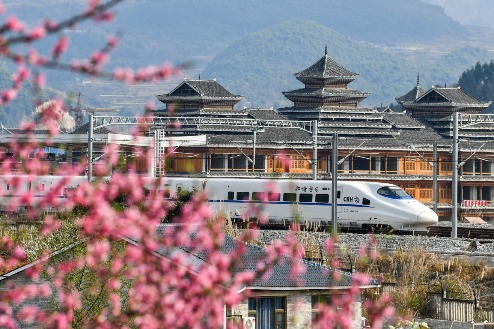 Highlights from China's report on US human rights violations 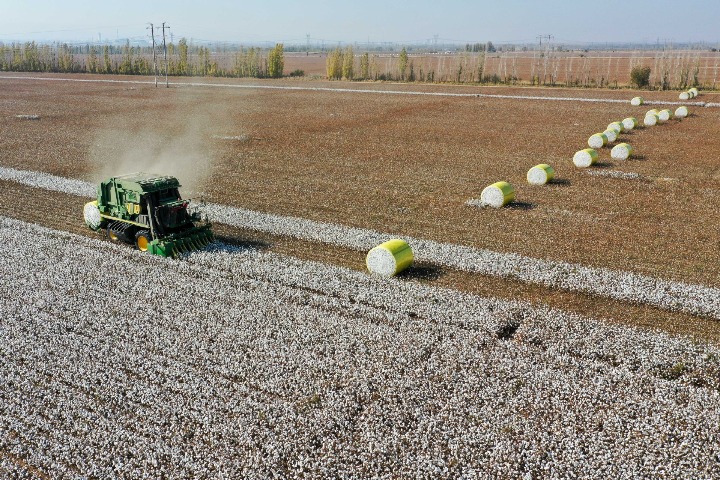 From readers: Should English be removed from school curriculum?
Columnists +

Asian Americans have deep roots in US history

Privately-owned hospitals should fulfill their due responsibilities
Forum
Featured Contributors

Pandemic and recovery present challenges to logistics and transport

Will greentech boom lead to a new world?
Top
BACK TO THE TOP
English
中文

Copyright 1995 - . All rights reserved. The content (including but not limited to text, photo, multimedia information, etc) published in this site belongs to China Daily Information Co (CDIC). Without written authorization from CDIC, such content shall not be republished or used in any form. Note: Browsers with 1024*768 or higher resolution are suggested for this site.
License for publishing multimedia online 0108263